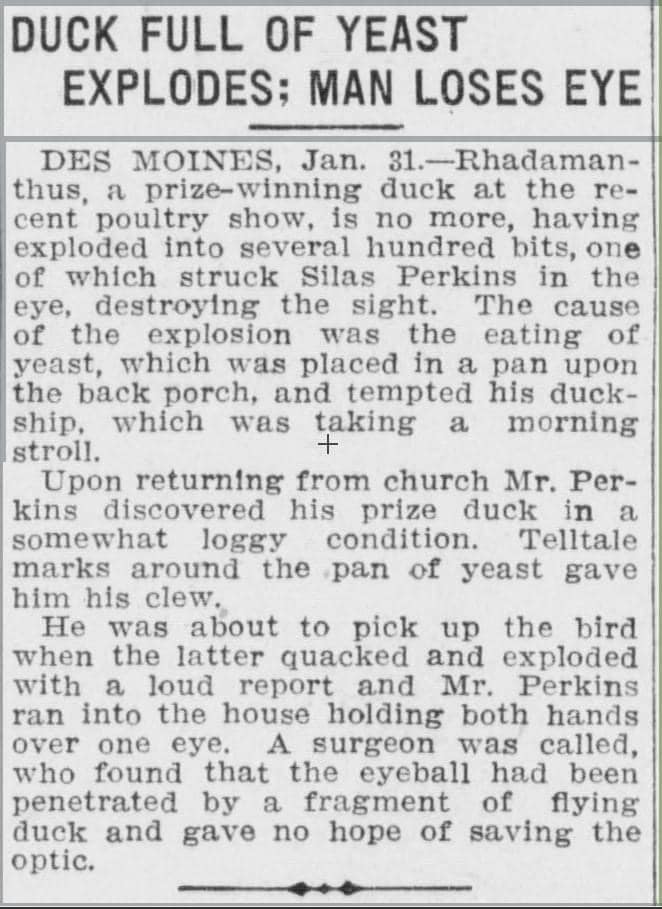 The now infamous Gloranthan RPG using wargaming rules with D4s on a snakes and ladders board.

A new trade route has become available in Lunar-occupied Duck Point. According to Duck tradition, it will be competed for by means of the Great Boat Race, along a route that takes you through the Upland Marsh (among other places). You play one of the many factions, (Duck, Lunar, Orlanthi, Troll) who would like to control this trade. Once you’ve obtained a boat and a crew (despite all the other players trying to sabotage your efforts), we move to the Great Race, and start playing Snakes and Ladders with complications. Do not let the Governor’s Wife catch you cheating!
(Hint: nobody has ever yet won the race. Not many even complete it.)

Duck Point (small city): This small city was built by Sartar to forge bonds with the Beast People and other strange folk along the Creek-Stream River. Duck Point serves as the way station between the Creek-Stream River and the rest of Sartar and is an important terminus for all river traffic between Dragon Pass and the Holy Country. Round reed-roofed huts are piled practically on top of each other, wooden walkways stretch over marshland and water, and big nets hang up everyone. Geo’s Duck Inn provides food, drink, entertainment, and accommodations for travelers.

My playtest notes for the "Smoking Ruin" included this:
Duck Point – it might be useful to have some more setting description for the Duck Point dockside, which I played as having crazy “Marsh Ewok” style architecture:
round reed-roofed huts, big nets hanging up everywhere, ricketty Heath Robinson walkways linking the docks and stretching over marshland and water, with Ducks splashing on and off them willy-nilly:
crews of tattooed Duck roustabouts and stevedores and fishwives and nautical types, gangbosses smoking cigars, greedy merchants counting money with spectacles perched on their beaks, pretentious bartenders, and barmaids (in the raucous dockside taverns or the more upmarket hostelries) wearing traditional frilly maid outfits (inc. bows on top of their heads)… but maybe that’s too much?
(My group with a Duck player had a lot of fun here). 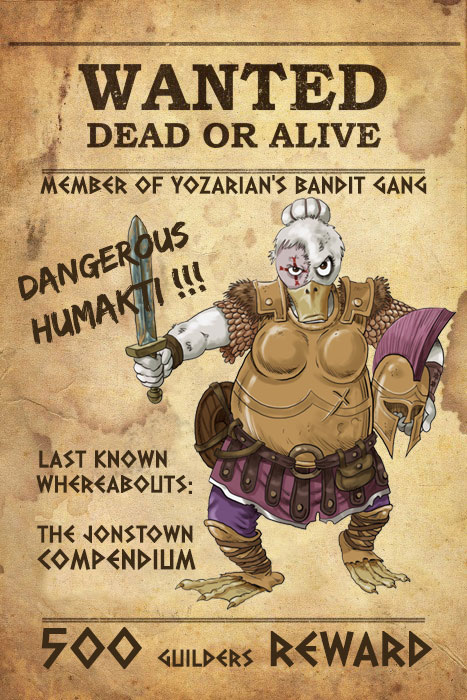 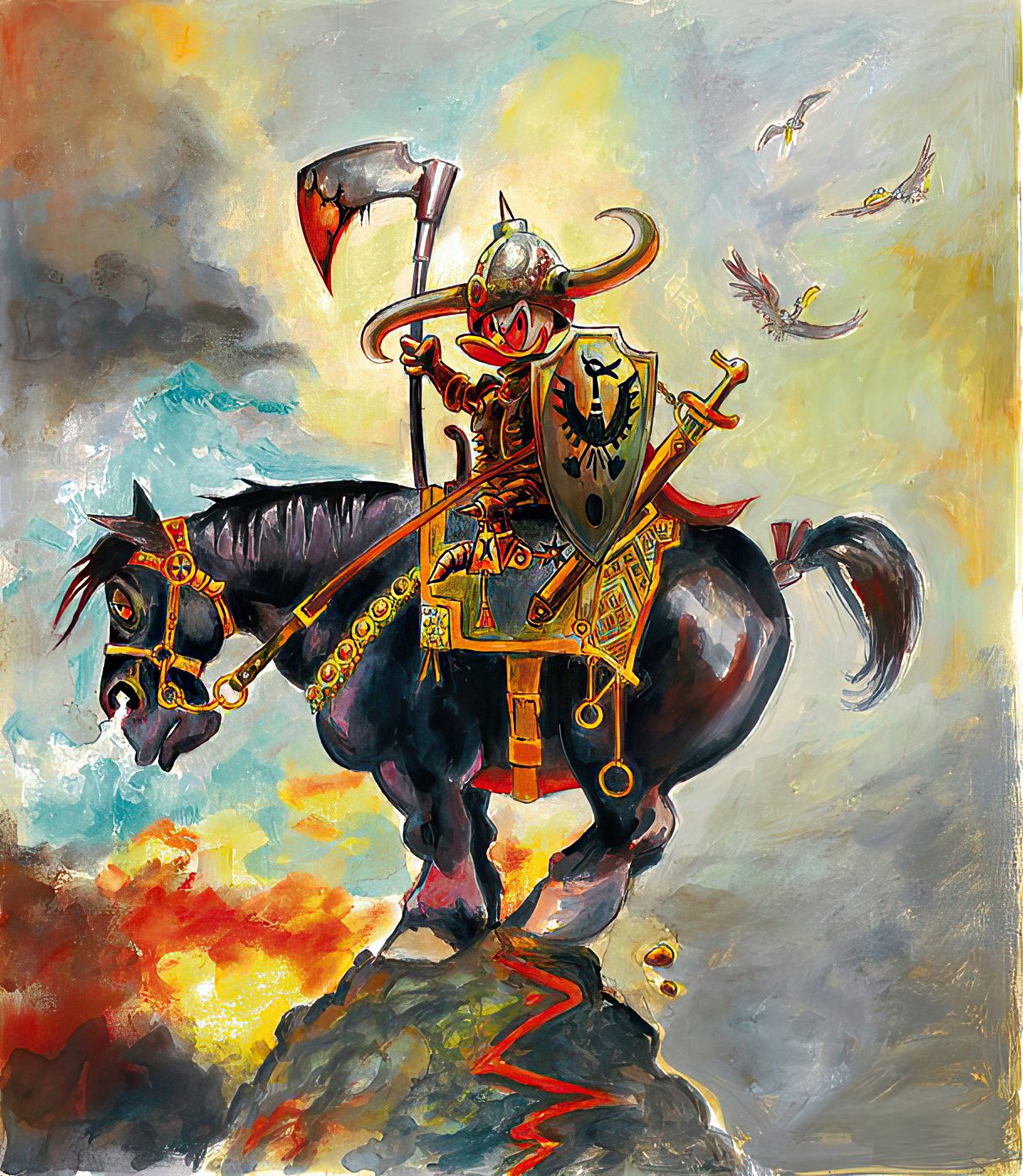 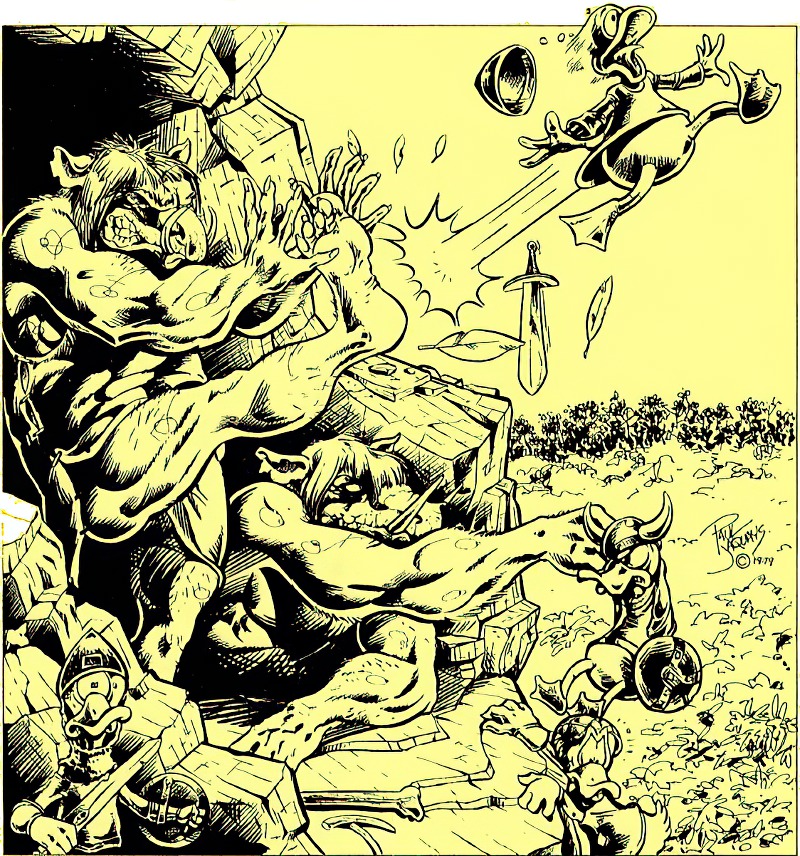