“Welcome to your new apartment, Citizens! New to Glamour? Well, I’m sure you’ll fit right in. Rent is payable in advance...”

Citizens of the Lunar Empire is a sourcebook for urban adventures for RuneQuest: Roleplaying in Glorantha. It focuses on the day-to-day lives of the working-class heroes of the Lunar capital.

Inside, you will find a detailed home base for your adventurers: The Insula, a typical multi-storey residential city-block. A self-contained microcosm of Lunar urban society, it is home to many families and businesses, ranging from scribes and traders on the lower floors to the unemployed, squatters, temple dancers and students at the higher levels.

• Descriptions of 12 businesses and 25 families.

• Portraits and statistics for 70 NPCs.

• 60 adventure hooks for your urban campaign.

• Details of daily life in an ancient city, from bread-making to waste disposal.

• Rules for making a living and keeping a roof over your head in the sophisticated Lunar Empire.

Full details of the two main cults featured in Citizens, along with a detailed gazetteer and map of the city of Glamour, can be found in A Rough Guide to Glamour, also available from the Jonstown Compendium. 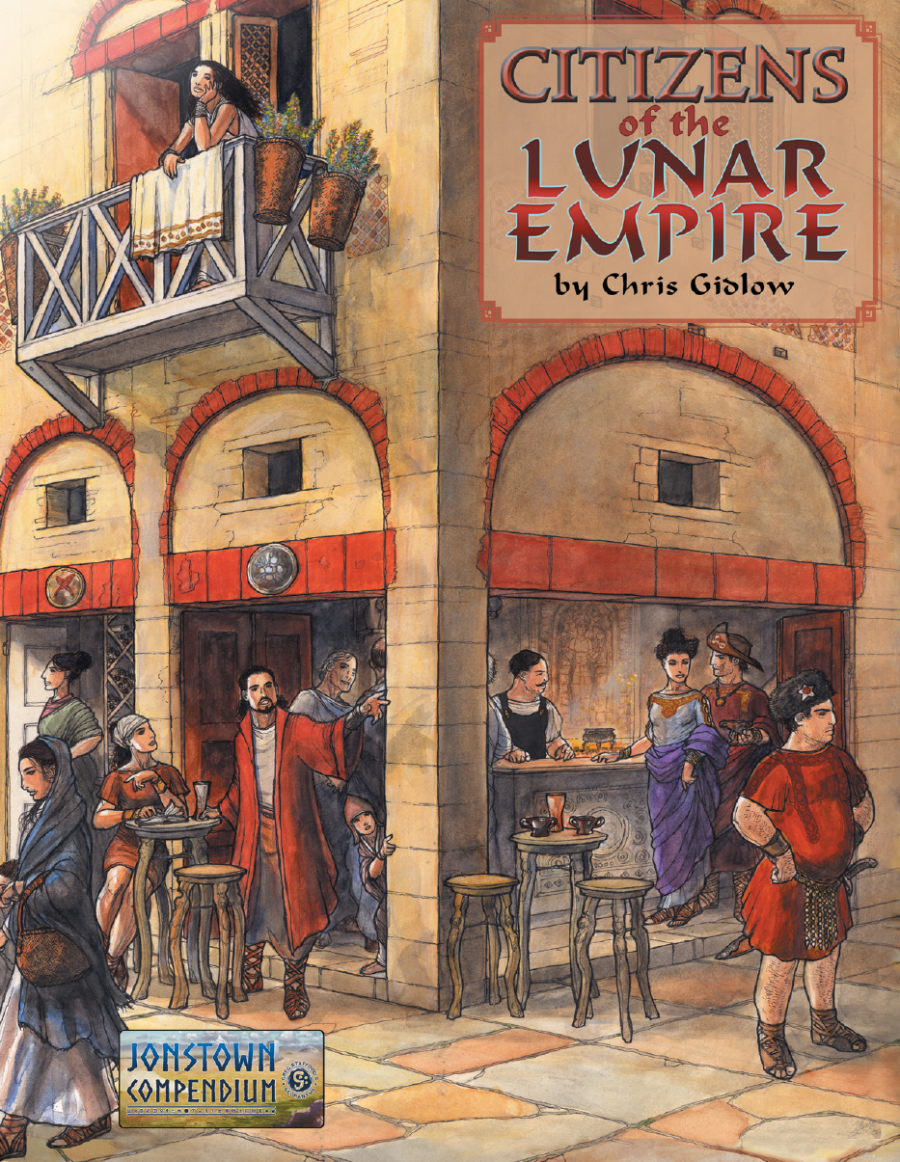 A final rest for a Troll Hero from Griffin Mountain… 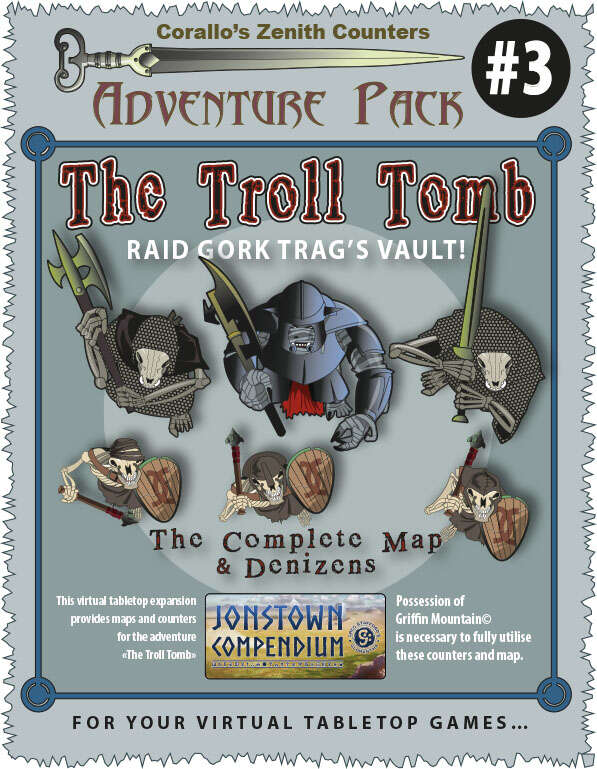 Our latest scenario for Mythras is 'A Bird in the Hand', a dangerous adventure set on Monster Island, involving the characters in the theft of a strange and unique bird from the clutches of a local rogue. But theft has consequences, and on Monster Island, those consequences can be dire. The straightforward soon becomes complicated, leading the characters deep into the Tane Jungle, and the hunting lands of the lizardfolk tribes...

Written by John Holmes, A Bird in the Hand is 56 pages, and includes a special guide to sandbox exploration of Monster Island. Priced at $13.99 for the Print on Demand copy (including free PDF) and $7.99 for the standalone PDF, the scenario is available now from the TDM store, Lulu, DrivethruRPG, and shortly from Aeon Games in the UK. 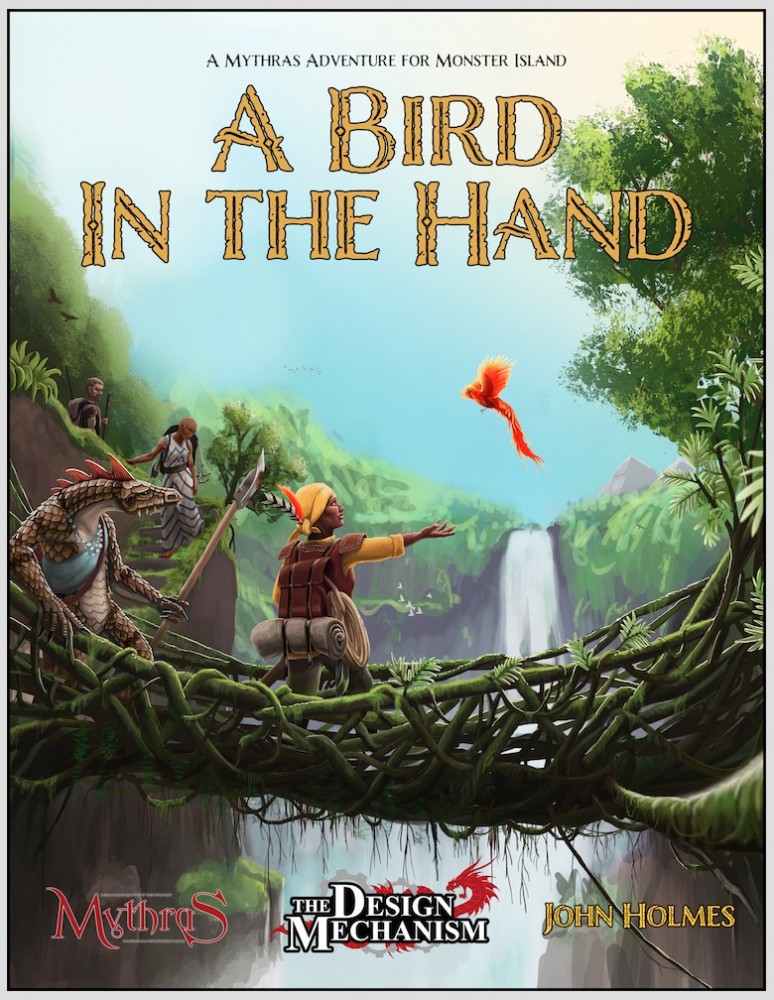 As a GM, I prefer a sandbox approach.
If my players have ended up on the railway lines of a specific scenario, I still like them to think they had a completely free choice.
If I were starting an RQG campaign now, I might have the adventurers stroll to the Rams Head, being accosted by a wonky-eyed junkie asking for a clack, hear a newsboy calling out ‘Extra! General Fazzur comes out of retirement!
Inside the inn, there would be a girl with a distinctive laugh, some hunters off to catch a legendary boar, someone complaining of being kept awake by the Rattling Wind, an old timer yarning about the Pegasus Plateau and a ‘Wanted’ poster with a large bounty on it, and just see where the adventurers bit.
This is very much the spirit in which I devised ‘Citizens of the Lunar Empire’.
Maybe the adventurers will take the apartment key as a 'Call of Cthulhu'-style prop to be investigated further.
Perhaps the young man in the Crater Makers robe sounding off outside the bar will be the one to talk to.
Or the pretty girl looking dreamily out of the balcony.
Perhaps the barman will have some gossip to share, or the man with the Etyries Runes on his hat has a job to offer.
The characters on Mark Smylie’s lovely cover alone provide 16 different adventure hooks.
Whichever one you decide to run with, that’s the adventure today.

Andrew Logan Montgomery sur The Company of the Dragon

I think I have found an introduction that I am happy with.
But before I share it; this week I will release "The Company of the Dragon" Preview. It will include a complete scenario, the "bridge" between "Six Seasons" and "Company." This scenario will appear in the book, but I want to release it to you now to thank you all for your tremendous patience as I work to make this a better book than "Seasons" was. I know many of you have been waiting; this will help you transition into "Company."
Aside from the scenario, the preview will include snippets from the rest of the book to help you run it, as well as a detailed chapter-by chapter description of what "The Company of the Dragon" is and what you can expect to find in it.
It will be on DriveThruRPG by the end of the week and will be, of course, free. Page count right now looks like 15 pages.

The Shaman Erhehta wants vengeance after an attack that left him weakened and unable to defend his people, the Straw Weaver Bisons.
The adventurers are crucial to this, being sent to gather what he requires, and wrestle with the elements that make Prax what is it, for good or ill.

However, there are others who may wish to stop them; the attack on Erhehta was not what it seemed, and perhaps, after all, sane counsel can prevail.
Or perhaps, like a Storm Bull with his eyes set on Chaos, Erhehta cannot turn aside from his path.
The adventurers will have to make the decision of whether to help him in what may be an unjust and unwise attack, or whether to abandon their promises and do what might - or might not - be the right thing.

The Gifts of Prax is written to fit well after Stone and Bone and its attack on Erhehta, but no knowledge of that adventure is required, and the adventures can be played in either order.

The adventure can last between 1 session and many, depending on how much detail the gamemaster wishes to include.
2 sessions of 3-4 hours is the most likely.
It is possible to complete the entire adventure without combat, but many combat options are presented for the gamemaster to add as they wish.
There are scaling notes to help adjust the difficulty for any group, from a small, new set of would-be warriors, to hardened adventurers.

A full colour player handout of Erhehta's needs is included, along with a free colouring page for children, Storm Bull cultists, and those who want to relax in down time. 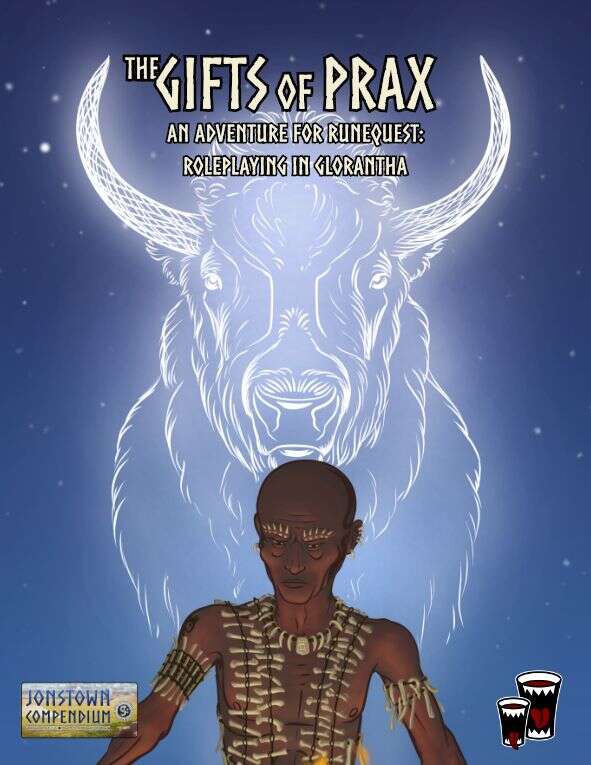 
In the shadow of the Quivini. At the dawn of the Hero Wars. A young Seven Mothers convert began collecting stories of rebel warbands hiding in the wilds of occupied Sartar.

Among these were repeated stories of one warband in particular…clanless, tribeless, bound to an draconic spirit of immense power. Some called them traitors and insurrectionists. Others painted them as folk heroes and freedom fighters. They were called the Company of the Dragon. And some say they helped the Prince of Sartar win her throne.

Playable as a stand-alone campaign, or as the sequel to the Gold Bestselling Six Seasons in Sartar, The Company of the Dragon takes you on a five-year journey from 1620 to the Dragonrise. More episodes. More initiations. With essays on Draconic Illumination, Gloranthan gaming, running large battles, and campaigns that shift the focus from clan to the wandering Orlanthi warband.

This free 24-page booklet contains an overview of the upcoming campaign book, as well as the full Episode, "The Forging," along with everything you need to play it. This episode is the bridge between Six Seasons in Sartar and The Company of the Dragon. 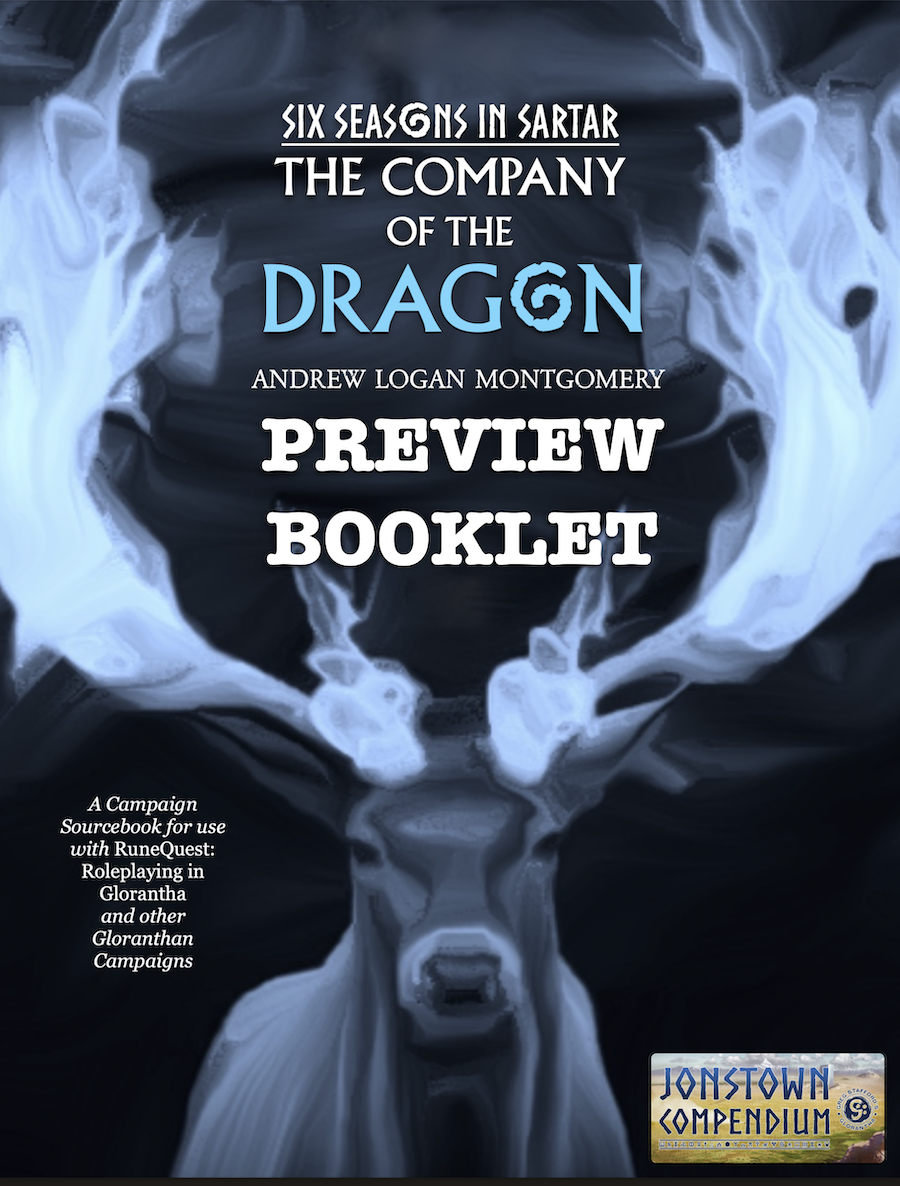